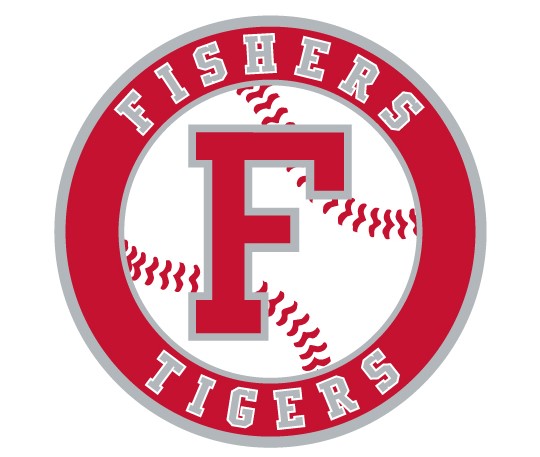 The Fishers Tigers Varsity Baseball team (15-15/7-7) ended their regular season and HCC play splitting a doubleheader at Brownsburg Friday night. The Tigers dropped a close game 4-3 to the Bulldogs before winning Game 2 by a score of 8-1.

In Game 1, the Tigers could not deliver a big hit to put the game out of reach early. JJ Woolwine led off the 1st with a single to right and advanced to 2nd when the outfielder tried to throw behind him as he rounded 1st. Woolwine would score on Nick Lukac’s RBI double. Kiel Brenczewski followed with an infield single to put runners at 1st and 2nd with 1 out, but the inning would end without the Tigers scoring again.

In the 3rd inning with the Tigers still leading 1-0, Woolwine leadoff with a hit by pitch and would steal 2nd, but was called out after sliding past the bag. Lukac would hit his 2nd double of the night with 2 outs. The Tigers eventually loaded the bases with 2 outs, but failed to score again. The Tigers left runners in scoring position in the 4th and 6th innings as well.

Eventually, the Bulldogs would score 3 to take a 3-1 lead, but as they have done all season, the Tigers fought back scoring 2 runs in the top of the 6th to tie the game. Kaid Muth led off with a single and scored from 1st on Dom Oliverio’s RBI double. Oliverio would score on JP Preston’s RBI groundout.

With the scored tied at 3, the Bulldogs were able to push across an unearned run in the bottom of the 6th without hitting a ball out of the infield for the final score of 4-3.

Lukac and Oliverio led the Tigers with 2 hits and an RBI each. Lukac had 2 doubles and Oliverio 1. Woolwine was on base all 4 times with a single, hit by pitch, 2 walks, and 2 stolen bases.

Tristan Baker pitched great in his final regular season start earning a no decision with 5 innings pitched, allowing 1 earned run on 5 hits while striking out 3 and walking 0. Baker was held to a pitch count with Sectional play starting on Wednesday. Jack Minns (3-2) suffered the loss on the mound allowing 1 unearned run in relief.

The Tigers came out swinging in Game 2 connecting on 9 hits in the first 4 innings. The Tigers scored 3 in the 2nd on RBI singles from Collin Shelton and JJ Woolwine. Kaid Muth added a 2-out RBI double in the 3rd, and Kiel Brenczewski delivered a 2-out RBI single in the 4th. The Tigers added 3 more runs in the 5th inning without hitting the ball out of the infield.

Dom Oliverio contributed 2-hits in the game, and Nick Lukac and Muth added doubles. The Tigers stole 6 bases as a team, including 2 more stolen bases from Woolwine. With those steals, Woolwine set the single season school record for stolen bases with 18.

Jon Vore (4-2) was brilliant in his final start before Sectional. Vore was also held on a pitch count, but threw 4.1 innings, allowing 1 earned run on 2 hits, while striking out 3. AJ Waltermann pitched the final 2.2 scoreless innings allowing 1 hit and striking out 2.

The Tigers finished the regular season 15-15. This was the Tigers 4th straight regular season with a .500 record or better and their 7th season out of the past 9 years. The Tigers now turn to postseason play where they will play Westfield at 5:30pm on Wednesday in the Noblesville Sectional.