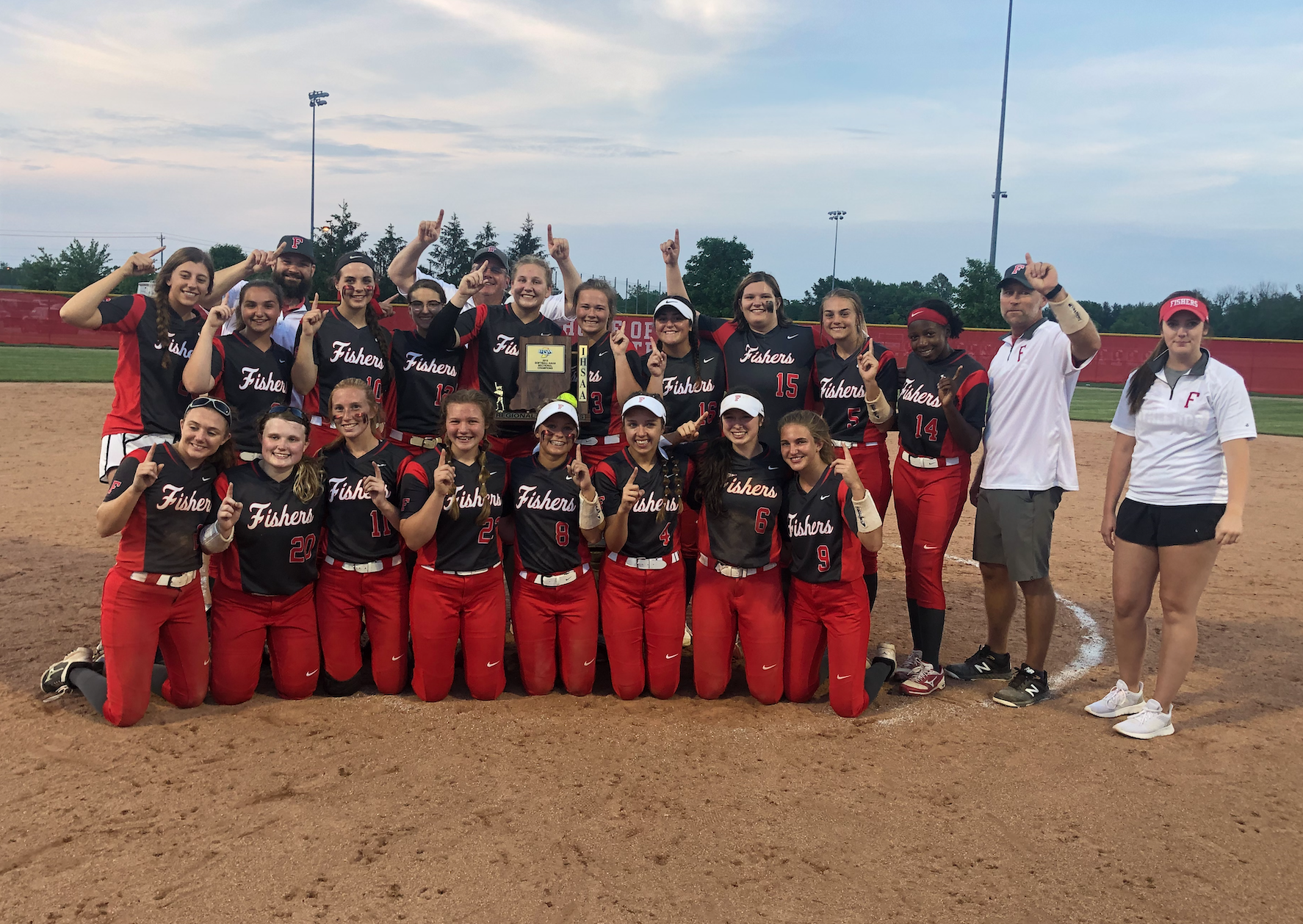 FISHERS – As Fishers third baseman Kaylee Kardash scooped up the grounder and tossed to first baseman Caroline Bernhardt for the 21st and final out, the Tigers stormed the circle and their ace pitcher, Hannah Mays.

It was a celebration 12 years in the making. For the first time since Fishers High School re-opened in 2006, the Tigers softball team can call itself regional champions.

Mays, a sophomore, pitched a four-hit shutout to lead Fishers to a 3-0 win over Harrison on Tuesday night. The Tigers (17-9) will play fifth-ranked Crown Point in their semistate semifinal game at 1 p.m. on Saturday at Harrison High School in West Lafayette.

“I can’t believe it…”, first-year Fishers coach Daren James said. “We knew we had talent but weren’t sure what we would do. Just top to bottom, we have a team that is really good. We thought this could be the most talented group Fishers has ever had.”

Mays sparked in the circle for the Tigers. She held Harrison hitless through three innings. In seven innings, Mays walked none and struck out six. Through four postseason games, she has yet to yield a single run.

“This is really big for us,” Mays said. “We’ve all wanted this for so long. We all knew we could do it with each other. Everyone has stepped up; we’re a very close team.”

Fishers took the lead in the first inning and never looked back. With the bases loaded, Bernhardt singled up the middle to score left fielder Courtney James. The Tigers added another run in the third inning on a squeeze bunt from Bernhardt, which scored shortstop Brooke Benson to make it 2-0.

Bernhardt finished 3-for-3 with two RBI. Right fielder Olivia Latimer was 4-for-4, including a double.

Harrison’s best opportunity to make it a game came in the top of the fifth inning. The Raiders had runners at second and third with two outs and leadoff hitter Kiara Dillon at the plate. The at bat — which featured a full count, 11 pitches and five foul balls — was finally won by Mays with a strikeout.

“To do what’s she’s been able to is great,” James said of his pitcher. “She’s been calm, cool and collect for us. She’s been making the pitches we’ve needed and working up and down.”

Mays said she relishes the opportunity, adding: “I love the adrenaline high” that comes with pressure situations.

The Tigers responded in the bottom of the fifth with an insurance run. Kardash was hit by a pitch with the bases loaded, scoring Mays to make it 3-0.

The score may have not indicated a blowout, but Fishers hit the ball hard all night, scattering 12 hits. They failed to capitalize on several opportunities, leaving 11 runners on base. Still, three runs were plenty with Mays in the circle.

“We had runners on base every single inning and kept putting the pressure on them,” James said.