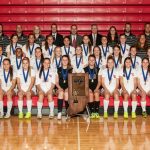 Fishers High School Girls Soccer had a successful 2013 season and ended with a 16-3-3 record and a State Runner-up trophy.  Entering the 2014 season, the Lady Tigers believed they could do one better.  In the Championship Game at Michael A. Carroll Stadium, the Tigers defeated the Carmel Greyhounds 1-0 to capture the 2014 IHSAA

Tigers News · Feb 9 Welcome To The Home For Fishers Sports

Fall sports are around the corner and this year the Tigers will feature an online presence that will cover our schools athletic programs like never before. Stay tuned for more details and exciting news!

With the new website, we now have a portal to promote our sports like never before.  If you would like to get involved with reporting scores, writing articles or even taking pictures or video … Contact the Athletic Department to see what you can do to help and make fisherstigersathletics.com the best of the best